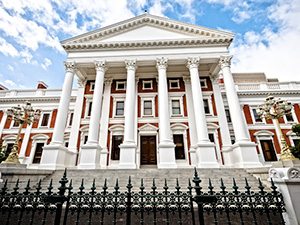 [miningmx.com] – IT’S been close to eight months since President Jacob Zuma referred amendments to the Mineral and Petroleum Resources Development Act (MPRDA) back to parliament for reconsideration, and neither parliament nor the mining industry is any wiser as to when deliberations on the draft legislation will resume.

The bill was passed by parliament last year in March and sent to Zuma for assent, but the president had his reservations about its constitutionality. At issue were the lack of public consultation by the National Council of Provinces (NCOP) and concerns about the constitutionality of the beneficiation provisions in the bill, which could violate South Africa’s trade agreements.

Chris Stevens, partner at Werksmans Attorneys, says that the vagueness of regulations in the bill, and whether the oil and gas industry should fall under the bill, are also causing the delay. “If oil and gas come out, there will be fairly substantial redrafts of the act,’ says Stevens.

The government’s position on the oil and gas industry is, however, ambiguous. In October last year, Minister of Mineral Resources Ngoako Ramatlhodi says that he was personally convinced that the oil and gas sector should have their own legal framework, but he has since back-pedalled and stated that oil and gas won’t be decoupled from the bill. “We’ll pass it in that form and amend the legislation subsequently,’ he says.

If the oil and gas industry remains in the current bill, it would mean that oil and gas exploration and associated investment can commence sooner and lawmakers could devise bespoke legislation at a later stage.

But if there were a decision to omit oil and gas from the current draft it would mean deliberations would have to start from scratch.

In the MPRDA, the oil and gas industry is subject to government’s 20% free-carry interest in all new production and exploration rights, with the added option to increase it to a 100%, depending on the project, Stevens says.

He fears that these two sectors would be deterred to do any exploration from the get-go if their operations are regulated under the MPRDA.

“The amounts oil and gas companies spend on exploring are astronomical; far greater than the money spent on the prospecting process of minerals. Nobody is going to spend exploration money without knowing what equity the state is going to take.’

Although the reservations about the MPRDA are sound there’s another, perhaps more worrying, snag: the developmental pricing dilemma.

Business Dayreported earlier that the Department of Trade and Industry (DTI) had put pressure on the Department of Mineral Resources (DMR) to change the wording of the bill to make sure mineral prices are set at a developmental price, which is a less-than-market-related price for minerals sold to the domestic market.

During deliberations between the DMR and the Chamber of Mines agreement was reached to settle on a “mine gate price’ which means mining companies will still make a profit, but local manufacturers pay less than the global price.

“We also got a sense that there’s an issue with developmental pricing,’ Tony Zoghby, mining industry leader at Deloitte, told Miningmx. “[Deliberations on] the MPRDA has reached a stage where the Chamber of Mines was comfortable with the position that had been achieved,’ he says.

Of course, not everyone will ever by happy, but there was some kind of consensus. And at the last minute, the DTI intervened and said that it would like developmental pricing inserted. It begs the question: are the different government departments not talking to each other about issues that are so fundamentally important to investors?

DRINK FOR THE SAME WELL

Webber Wentzel partner Jonathan Veeran is, however, positive that a compromise on the developmental pricing issue can be achieved. “I don’t want to be too negative about it. There needs to be a co-ordinated approach between the DTI and DMR within the cabinet structures.’

Since Zuma referred the MPRDA back to parliament there has been no word on where the process is stalling, save for a comment from the mining oversight committee chairperson Sahlulele Luzipo that “parliamentary processes were holding up progress’.

Evidently the House of Traditional Leaders still needs to consider the impact the MPRDA would have on the customary law of traditional communities in which mining companies operate. From there, the NCOP needs to arrange public hearings during which interest groups will be allowed to give input on each legislative proposal that could affect provinces.

Deliberations at NCOP level means that the debate on the MPRDA could be reopened, which may result in changes, says Veeran.

“Such changes will need to go back to the National Assembly for approval. That’s the sting in the tail. The bill is in a state of flux, but I do think there’s opportunity for the industry to raise concerns and I believe government is open to industry’s views to unlock investment.’

Werkman’s Stevens, however, believes the regulatory uncertainty is hurting an already fragile industry.

“One of the most important aspects for investment and exploration is certainty. The rules can be onerous, but at least you know that upfront. Some countries have a high royalty rate, but companies still have operations there because they know upfront what the rules of investment are.’

Nicola Jackson, partner at Fasken Martineau, says that it’s absolutely pivotal that government prioritise the finalisation of the bill to boost waning investor confidence in the mining sector. “It’s bizarre to think that this is not at the top of the mining oversight committee’s agenda.’

The past couple of months have illustrated the commitment of both government and industry to restore confidence in the sector, Jackson says, “but commitment isn’t enough to assist an already strained industry. Decisive actions need to be taken by government – and soon.

“South Africa is fast slipping from a desired mining destination to a no man’s land where stakeholders are seen as either fearless or just plain foolhardy and government can’t afford to waste any more time navel-gazing.’