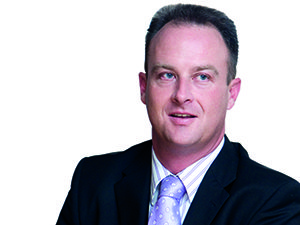 [miningmx.com] – ZIMBABWE has become one of the best-known mining destinations in the world for all the wrong reasons.

Despite its massive mineral deposits, existing infrastructure and educated workforce, investment is scared off by regulatory uncertainty.

Worse even than the country’s increasingly aggressive stance on its 51% indigenisation policy and hefty royalty demands, analysts and potential investors say that it is the question marks around timelines and precise demands that is most off-putting.

Recent reports that Zimbabwe may relent on its 51% empowerment laws for all other sectors except mining is only adding to the sense of confusion.

The anaemic price of resources hasn’t helped matters either. “It’s been an appalling year,’ says John Hollaway, a mining consultant based in Zimbabwe. He says that the facts around the 51% indigenisation law “depend on who you talk to. the goalposts keep getting shifted’.

The change in empowerment ministers over the past three years has resulted in different interpretations of the 51% indigenisation law.

The deal is being reviewed so that the government will not pay for any of the shares that the company is handing over.

Previously, the shares were to have been vendor-financed meaning that Zimplats would be paid for its shares through dividends. However, this year, Zimplats CEO Alex Mhembere said that the company was making progress with the new policy.

But in December last year, Mushohwe announced that foreign investors are “very lucky’ to get 49% shares in their businesses.

In its quarterly report released in March, Zimplats said only that ‘the company continues to engage with the government of Zimbabwe with regard to the Indigenisation Implementation Plan’.

Reuters reported on August 30 that Zimbabwe may relax a black economic empowerment law forcing foreign-owned firms to sell majority shares to locals in a bid to attract investment in all sectors except mining.

“The only area where we do not entertain negotiations is mining, because as indigenous Zimbabweans, our contribution is the (mineral) resource,” according to Reuters which cited the comments of Christopher Mushohwe, minister for youth, indigenisation and economic empowerment, to Zimbabwe’s state-owned weekly Sunday Mail.

In 2013, Zimbabwe proposed an export tax on unbeneficiated minerals, including platinum. The idea was to bring in much needed revenue and make companies invest in smelters or other downstream operations.

The tax, which was 15% for platinum, was initially going to take effect from 1 January. But at the end of last year, the government announced it would be delayed until 2017. Yet the 2015 Finance Bill, gazetted on 9 January, makes no provision for the deferral of the tax.

Long-suffering platinum companies Aquarius Platinum and its 50%-owned subsidiary Mimosa said in an announcement this year that they were “hopeful that the matter will be resolved and remain committed to building good working relations with the government of Zimbabwe’.

But Kalaa Mpinga, the former CEO of listed gold and nickel miner Mwana Africa, says that the lack of rigidity in the legislation was an indication of the government’s understanding of the sector.

Mpinga says that the government was aware of the difficulties the indigenisation and royalty demands posed for mining companies, and that they were willing to come to the table to negotiate figures and timelines. “Civil servants know what it takes to mine, they understand mining.’

Mwana also operates in the DRC, which Mpinga says is a far more difficult location to operate than Zimbabwe, citing the lack of infrastructure and murky policies.

One of the major impediments to establishing smelters or other downstream beneficiation projects however, is the lack of available and reliable electricity.

But while Zimbabwe’s disastrous policies scare off outsiders, a few insiders say that if you know your way around the laws and the lawmakers, Zimbabwe is still a worthwhile place to operate.

As a result several unlisted, semi-compliant and borderline legal operations have been set-up and run by locals with a deep knowledge of the “way things work’ in the country – and long-standing friendships with state officials.

“There’s a lot of mining going on in Zim, how do you think they’re doing it?’ Not surprisingly the comments came from individuals who asked not to be identified.

“If you were born there and you grew up there, you know the way it works. you know who to talk to,’ says the one individual.

Bruce Dickinson, Africa analyst at Webber Wentzel, made the point though, that because of the rapid and regular “change of the guard’ it was probably difficult to know who your friends were for very long.